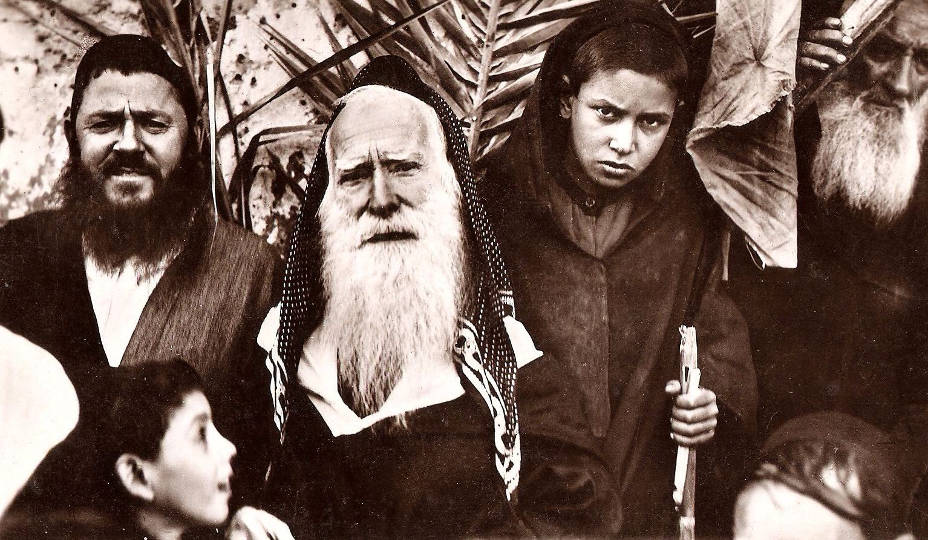 Apart from its picturesque landscapes and vibrant markets, Morocco is also home to hundreds of amazing Jewish heritage sites that are either under the protection by the government and the Moroccan king or listed as UNESCO World Heritage sites. Whether you wish to visit some of the world’s most beautiful synagogues, go for a stroll through the popular Mellahs (Jewish Quarters), or find out where to celebrate the pilgrimage of Hiloula, this ultimate guide to Morocco Jewish heritage sites allows you discover one of the largest communities in the Muslim World.

Casablanca is home to the largest Jewish population of Morocco, and the Temple Beth-El is definitely the centerpiece of this Jewish community. With its impressive glass windows, it is one of the city’s most famous historical treasures.

The city of Fes had a large Jewish community back in the 17th century, so it comes as no surprise that the Ibn Dannon synagogue is the city’s most famous Jewish site. With the help from the American Express and the World Monuments Fund, the synagogue was refurbished about 20 years ago.

The Slat Lazama Synagogue in Marrakech

Although the Jewish community is not active nowadays in Essaouira, the lovely Chaim Pinto Synagogue is still active. It is used when Jewish tour groups and pilgrims are visiting Essaouira.

It is believed that the Synagogue Slat Lkahal Mogador was built by Jewish hands. It is here where the Jewish population of the town had both social and religious assemblies. Classes of Talmud were held here and young people visited the synagogue to sing songs written by Rabbi's poets.

Although it’s no longer a place for learning, the Talmud Torah synagogue in Meknes is a gorgeous small synagogue filled with many hanging lights. It used to serve as a religious school for young boys who visited this place to learn about the Talmud and get some elementary education in Hebrew.

The Museum of Moroccan Judaism in Casablanca

Did you know that Morocco houses the only Jewish museum in the Muslim world? Created in 1997 by the Jewish community in Casablanca, the museum boasts everything from Torah scrolls and Hanukkah menorahs to old photographs of synagogues, oil lamps, and Moroccan caftans embroidered with gold. You will also come across many traditional costumes and other objects of Jewish-Moroccan cultural heritage. 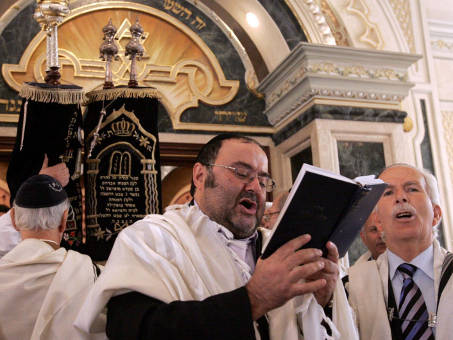 The mellah in Casablanca is a good place to start your Jewish heritage journey. With community centers, kosher restaurants, and Jewish day schools, the city is home to the vast majority of Morocco’s Jewish population.

Often described as a maze within walls, the mellah in Fes is the oldest mellah in all of Morroco. Dating back to the 15th century, the area offers dozens of interesting sites including 400-year old tombstones and the Ibn Danan synagogue from the 17th century.

Not as popular as the nearby city of Fes, Sefrou is a great place to visit while discovering Morocco’s Jewish heritage sites. Distinguished by its low walls, the Jewish quarter is situated in the town’s medina. Although the Jewish community is not present in the town nowadays, the old mellah is still a nice place to visit and discover the country’s diverse heritage. Don’t miss the Kef al Yahudi in Hebrew, a cave which is believed to be the burial site of the Prophet Daniel.

Since the old Mellah was built on a sloping gorge, the Jewish community together with the Berdugo family decided to build a new mellah in the 1920s. The first houses and the Rabbi Yeoushoua synagogue were built in the late ’20s, while the Talmud Torah was completed in 1930. Nowadays, the mellah attracts Jewish tour groups and is famed for its distinctive architecture.

According to the census in 1947, Marrakesh was home to more than 50,000 Jewish people. Nowadays, there are less than 100 of them. However, the Old Jewish Quarter is an exciting place to visit. From shops selling herbs and spices to vendors offering jewelry and crafts, there is plenty to look forward to when visiting the mellah in Marrakesh. Here, you will find many tourists from Israel.

The mellah in Essaouira has become a popular pilgrimage site for thousands of descendants of Moroccan Jews. This comes as no surprise since the Jewish community was the second largest population in the city.

Although it is not a Jewish neighborhood these days, the mellah in Taroundant is a place where you will find many crafts cooperative with Jewish themes & Hebrew lettering. Expect to see dozens of souks selling everything from clothes to art objects.

The Jewish community held a long presence in Sale. A Jewish tombstone was discovered here in the 2nd century and many Jewish refugees from Portugal and Spain came here to live during the 13th century. Visit the Bab Lemrissa and see how the Jewish people once lived here in Sale.

The neighboring Rabat is home to about 50 Jewish families nowadays. The Rabat mellah is more recent than other Jewish districts such as Fes and Marrakesh. It was built in the 19th century on the site of fruit orchids within the walls of Medina. It is important to mention that Jews have lived in Rabat since pre-Islamic times.

Formally established in 1807, the mellah in Tetouan is well-known for its 18th century Yitzhak Benoualid cathedral. This Jewish quarter is of a more recent date than many other similar mellahs, simply because the medina of Tetouan was rebuilt in the 15th century.

El Jadida used to have a large Jewish population and seeing signs of Jewish life in the town’s mellah in the old medina is not an unfamiliar sight. Make sure to check out the Jewish Cemetery which was recently renovated by the Moroccan officials and Jewish community leaders.

The most important of Todra valley, Tinrhir (Ksar) is a mining town well-known for the Ikelane cupola from the 19th century. This small town was once home about 70 Jewish families. Feel free to explore the ruins of Ksar Asfalou where both Jewish and Muslim students studied together. 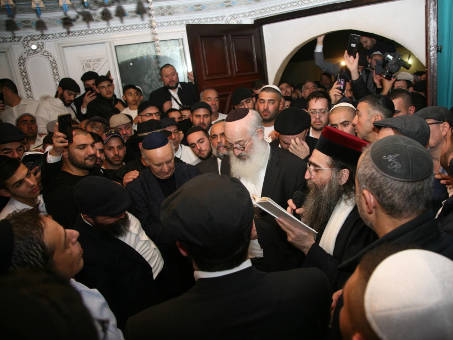 The Moroccan Jewish community celebrates a religious event called Hiloula which main purpose is to pray for a good life and the resolution of problems. During the event, members of the Jewish community pray at the tomb of the saint, light candles, and touch the memorial stone. There are thousands of Jews from all over the world visiting Morocco each year. They wish to perform their pilgrimage to the tombs of their saints and pay respect to their ancestors and the land.

The celebration of Hiloula of Saint Rabbi Nessim Ben Nessim takes place at the village of Ait Bayoud (Essaouira province) each May. It is a time when many Jews from all over the world, as well as members of the local Moroccan Jewish community, gather together.

The pilgrimage of Hiloula is celebrated each year in May at the Mausoleum of Rabbi Amram Ben Diwane (Asjen, Ouazzane).

Hundreds of Jews are visiting Taroudant each year to honor the memory of Rabbi David Benbaroukh Cohen Azogh and to reconnect with their origins.