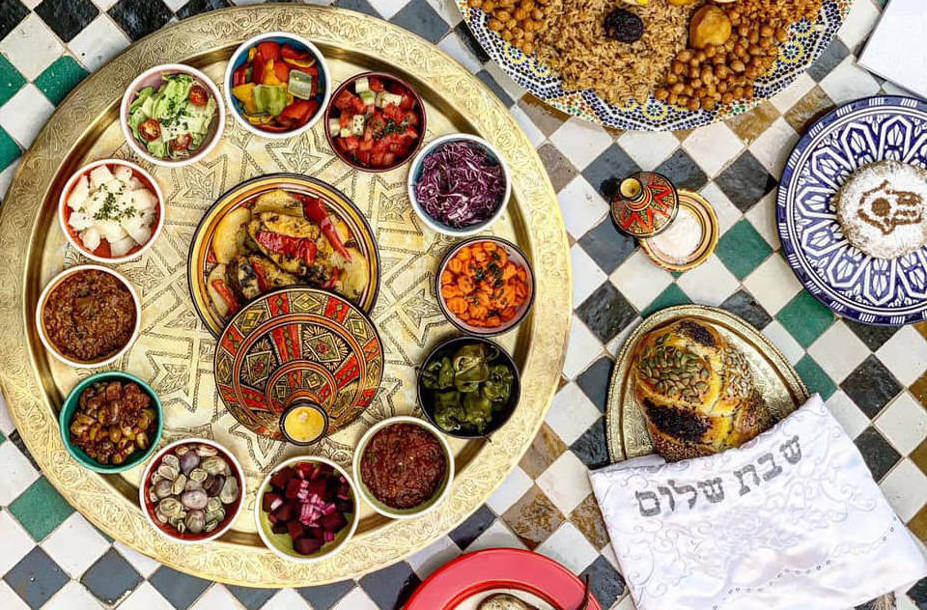 I was asked to sit at the table to share the mandatory Saturday lunchtime meal with Moroccan Jews, named after the Skhina or Dafina regions. Skhina could be translated very freely as "simmered" and Dafina as "muffled"...

I could only identify one mystical meaning of Skhina in the Hebrew language in which the word would mean something like "gift of God"...

It is a very special kosher dish, born of a religious prohibition: Jews cannot light a fire on Saturdays.

This Saturday begins Friday evening at dusk and also ends at dusk on Saturday evening.

Skhina is a very rich, complete dish, including meat, cereals, greens, carbohydrates, and various vegetables, gently simmered from dusk, so the next day at noon. It has a smoky aftertaste due to prolonged cooking and all the elements, including the meat, melt in your mouth.

It's delicious and healthy, even if it's a little stuffy...

The success of this dish depends on the quality of the ingredients used in the cooking process, which must be gentle and not subject to any jolting.

When was this recipe made?

It's hard to say. The meeting of Sephardic Jews who arrived in North Africa, fleeing persecution in Spain by Isabella the Catholic, with Moroccan cuisine, probably gave rise to this dish.

We know that potatoes only arrived in Europe and the Middle East in the 16th century, so the daf as I know it probably has existed for a few centuries.

1 or 2 glasses of chickpeas soaked the day before.